The Samsung Galaxy Note X is real and it’s already on its way. Yes, you read that right and the phone is not just coming with a powerful processor but features that will blow your mind. With keen interest, I’m patiently waiting for the big thing to happen to the smartphone world.

Notice that since Samsung officially launched the Samsung Galaxy S10, S10E and the S10 5G many are expecting the coming of the Galaxy Note 10. So right now, it seems Samsung is preparing a big surprise party to introduce the Galaxy Note X (Note 10). Before we dive into the full specs, Bear in mind that the information provided below are just the rumors. So take it with a pinch of salt.

The Samsung Galaxy Note X will surely deliver an impressive display that will offer a large screen. The handset is said to feature an edge-to-edge display which will offer something bigger than the Galaxy Note 9 and the newly released Galaxy S10 5G. So we are expecting sometimes bigger than 6.7 inches and it will also have the same AMOLED display panel with a corning gorilla glass 6 protection.

On the hardware, the Galaxy S10 has already given us a hint on what to expect. The Galaxy Note X will surely come in two variant. One will feature Exynos 9820 and the other will be preloaded with Snapdragon 855 processor and they will be equipped with a huge 12GB RAM and up to 1TB inbuilt storage respectively. Just like the current Samsung Galaxy flagship phones, the device will be powered by Android 9.0 Pie operating system with the normal One UI on top.

The Samsung Galaxy Note X will come with an impressive camera set-up.  The handset might likely come with four camera configuration. However, it will come with more photography enhancements which will likely be from the software on the inside. That aside, the Galaxy Note X may come with a lower model which will cost lower than the later. Other features on the phone will be the 5G network that is already on the special variant of the S10. So there will be a special model of the Note X with a 5G network and another with the normal 4G LTE network. 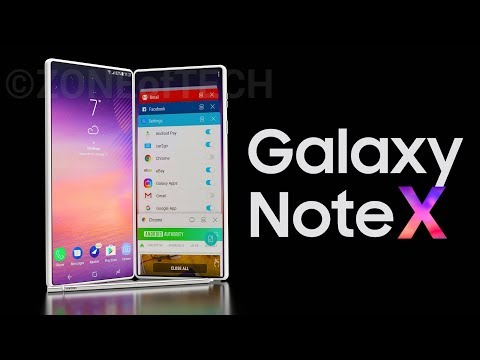 The Samsung Galaxy Note X is a work in progress. The phone will be the successor of Note 9 that was released around June and August. So we are expecting Samsung to follow the same method this time around. The Galaxy Note X may be available the same month this year.

As for the price, no one can tell for sure how much the phone will be priced. However, we know one thing for sure and that is, the Galaxy Note X will be more expansive than it’s predecessor which is the Galaxy Note 9. So the phone will be higher than the $1499 for the entry-level model of Galaxy Note 9 with 128GB and 6GB RAM. With this in mind, we are expecting the Galaxy Note 9 to be closer to $2000 or maybe less, while the higher model which will likely come with a huge 12GB RAM and 1TB internal memory will sell around $3000 featuring the 5G network on the board.