Catching up on its success in the global gaming industry, Razer has launched its first smartphone with a gamer footprint already known to many. It comes with a lot of amazing features that it was also able to pass one of the most demanding endurance tests on YouTube.

Zack, from JerryRigEverything Channel, tortured the Razer Phone mercilessly, but the device was able to survive at all stages. This time, however, the author decided to open the phone to see what the idea behind his internal creation. Watch the interesting result, below: 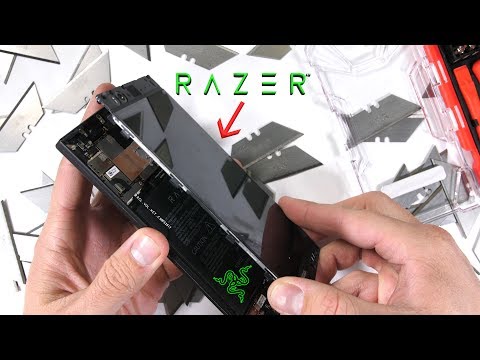 To provide the ultimate gaming experience without overheating, Razer has included one of the largest heat pipes found on a smartphone, coupled with a thermal paste to further assist in dissipation. Other than that, the device is up to standards and easy to fix, says Zack.

SEE ALSO: REVIEW – Xiaomi Mi A1, the android one of the moment

There is a however, however – many have complained that the vibration of the Razer Phone is not so good, sounding up broken when activated. The cause of this is the tiny size of the part, smaller than in other cell phones, causing that there is not sufficient force for a satisfactory work.

Be that as it may, Razer Phone is still one of the best smartphones available in today’s technology market. Unfortunately for us, it is not sold in some countries, but it is possible to import by paying the $ 699 charged for it out there.