With the arrival of the Galaxy S10 line – the first handsets with support for the next generation of wireless connections in the market – it is time to explore more in-depth on what Wi-Fi 6 is and what’s new.

A friendlier name is the first big change. Previous generations of Wi-Fi had a much more complex nomenclature scheme, with numbers and letters complicating general understanding. Is 802.11n faster than 802.11ac? And is it better than 802.11af?

To solve this, the Wi-Fi Alliance has decided to rename the generations in a simpler and more understandable way. The current version 802.11ac has become Wi-Fi 5, and the 802.11a call has turned Wi-Fi 6.

You probably will not hear much about Wi-Fi 5 from now on as it has been around for five years and was renamed in October 2018. Most companies, however, seem to be adopting the simplified nomenclature for the next generation. 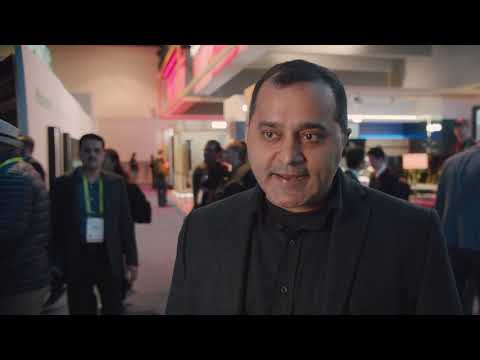 What kind of device does Wi-Fi 6 offer?

TheWi-Fi Alliance will launch its Wi-Fi 6 certification program, which guarantees device compatibility with the standard, in October this year. Even if your smartphone supports the connection, you can not use it without a compatible router. That is, you will probably need a new router and businesses will have to invest in a few hardware-related things for this signal to be recognized.

Models of these routers began to appear recently, as in every release, with a high price. Currently, devices with this technology easily reach $ 1,000 or more, but it will be natural with the passage of time to fall in price as soon as the new technology becomes the market standard.

In the mobile line, Snapdragon 855, the latest processor from Qualcomm focused on high-end smartphones, has support for Wi-Fi 6.

Wi-Fi 6, in general, continues to have the same function – to allow internet connection between various wireless devices. However, it promises more efficiency and speed, plus other benefits that may not be so obvious at first.

The next generation Wi-Fi works on 2.4 and 5GHz frequencies with capacity up to 14 Gigabits per second (Gbps). According to Huawei, it can reach up to 9.6 Gbps, which can be divided by an X amount of smartphones. For comparison reasons, the current Wi-Fi 5 reaches 3.5 Gbps.

This means more proportional speed for each connected device. However, it is important to say that these speeds are the maximum theoretical values. An average Wi-Fi user will probably never reach those numbers. And even if he could, it is not certain that he would really need that speed these days.

To illustrate- the average speed for downloads in the United States is only 72 megabits per second (Mbps), which represents less than 1% of theoretical maximum speed. Data collected in the 2nd and 3rd quarter of 2018 by Speedtest Intelligence show that the average fixed broadband download speed was 23.64 Mbps.

During the same quarter, the average upload speed was 10.57 Mbps. In this context, the possibility of reaching 9.6 Gbps in day-to-day life is almost nil in a short/medium/long scenario almost never, to be very clear. 😀

A Wi-Fi router can communicate with a limited number of devices at once without suffering consequences. The more gadgets you require to connect at the same time, the slower the network tends to be.

THE AVERAGE US FAMILY MAY HAVE 50 WI-FI DEVICES IN A FEW YEARS.

The average family of the United States had about five Wi-Fi devices when Wi-Fi 5 was launched. Today, that number has risen to nine handsets and several companies predict that in a few years it will reach 50. In this case, Wi-Fi 6 allows you to:

These three features together should keep the connection strong and reduce bottlenecks, even with more devices attached. So far, it is possible to have a trouble-free connection with up to four devices working at the same time. It is hoped that this new network will be able to handle twice as many devices.

But the speed of each of them will not necessarily be faster. What matters here is that you will no longer have to split the bandwidth between users.

Routers and other devices compatible with the new technology will use a signature called BSS Color, which helps identify packets of network information. This will prevent interference from other Wi-Fi networks.

But why does this happen?
Because the router used cannot differentiate packets of information that are intended for it from packets that are part of other networks. With this feature of Wi-Fi 6, the devices will be able to ignore data that is not directed at them, reducing interference.

Wi-Fi 6 arrives with a feature called Target Wake Time, which “gives permission” to routers to schedule status check times for devices connected to it. Therefore, devices with Wi-Fi 6 support, mainly cell phones, will spend less battery due to the use of the internet, since they are inactive at various times of the day. Other devices such as computers may not feel this much benefit, because when they are being used, the machines send a constant signal to the routers.

Finally, the WPA3 protocol has become a mandatory requirement for Wi-Fi 6 supported routers to be Wi-Fi Alliance certified. It introduces 192-bit encryption for data exchange, which increases the difficulty of tracking/hacking information sent from an access point to smartphones, smart TVs, and other connected devices, even on non-password networks. This type of encryption is in accordance with the Commercial National Security Algorithm of the US National Security Committee.

Overall, WPA3 brings more security to the user and their support is indispensable for Wi-Fi 6 routers to be marketed.

Another Wi-Fi technology that promises more signal quality is Wi-Fi Mesh. However, it is a bit different from traditional Wi-Fi.

A single router usually has difficulty delivering signal to the whole house with the same quality, even if you have spent more for more network reach. It will distribute the signal until it reaches its limit, even if the quality decreases. One of the ideas of Wi-Fi 6 is to alleviate this problem but still can not advance results.

The Wi-Fi Mesh solution is also connected to the main router but has other Wi-Fi devices plugged in to create connection points. These points work almost like extensors or repeaters (which amplify and propagate the same main signal), but the difference is that they can generate even more speed with minimal loss of signal and connection between all points.

Let’s think of the way this signal would go if the router was in your driveway and you were using your Wi-Fi-connected phone on the third floor. If that device is the only router in the house, the signal will reach you, but it will probably suffer loss of quality (as if it were stretching too much). If you had plugged an access point on the third floor, the Wi-Fi Mesh would look for this point and you could enjoy the signal as if it were close to the main router. And if this point were to spoil, other points of the house would reorganize to continue sending signal in the same power.

The advantages of Wi-Fi Mesh are also interesting, especially issues like low maintenance and easy installation, but it also comes with a relatively high price (similar to the first Wi-Fi 6 routers). As traditional Wi-Fi is already well established, even with its problems Wi-Fi Mesh still needs the market to grow to become really popular.

And he asks that it’s been frying some people’s brains- with it, almost simultaneous arrival, can 5G kill the Wi-Fi?

According to Extreme Networks, a provider of network infrastructure equipment and services, the answer is no. Even though numbers may “prove” that one is better than the other in various circumstances, the two technologies have different market focuses so far.

A survey published in December 2018 revealed that almost two-thirds of the population – are connected to the Internet. The smartphone is already the main means of access for 97% of these users. In this context, 5G has an advantage over Wi-Fi in the mobile branch, offering high mobility and reach. With the development of LTE technology, this type of signal is already present almost everywhere. However, the complication of 5G would be, ironically, the lack of services beyond smartphones

Wi-Fi, in turn, is a business network. Trying to use 5G in the corporate environment would lead to data traffic transiting the carrier network, which is not an ideal situation, even if that data is destined for a local server.

That way, we can see the Wi-Fi versus 5G situation as having a car and a bike at home- both have advantages over each other depending on the context. The two technologies can be used in the future to develop a single wireless connectivity solution, but no one plans to retire Wi-Fi in the short term.

Is there something missing?

To make the articles of the Connected World, the search is long, but something can always happen. If you know some information about Wi-Fi 6 that is not in the text above, do not forget to share it with us!