During the Google I / O conference, Google announced new features to better control the time you spend on your smartphone. Do you spend too much time on a screen? Google wants to help you. Sundar Pichai (CEO of Google) took advantage of the I / O to announce one of Google’s new goals: the “JOMO”, the pleasure of letting go of social networks. For recall, the FOMO (“Fear of Missing Out”) means the irrepressible need to connect, whatever else we do. The JOMO is the other way around: we do not care to miss the last YouTube video of our favourite artist. Google wants to help us win. Android Dashboard: what are you doing with your smartphone

Android users will be able to take advantage of a new feature to better manage their time: Android Dashboard. This dashboard available on Android P allows you to track the time spent on your smartphone and especially to know the activities of the past 24 hours. For example, the number of times you have unlocked your screen, the time spent on YouTube, or any app on your smartphone. It’s also a way for Google to provide access to the vast amount of data collected, and to give users the impression that they have control over their data. On YouTube, you can even activate a feature that allows you to be notified when you spend too much time watching videos. Like what’s on Netflix, YouTube suggested you take a break. This feature will be deployed in the coming days, it’s called Google Digest. Through a dedicated screen on the YouTube app, you can resume playing your videos later. 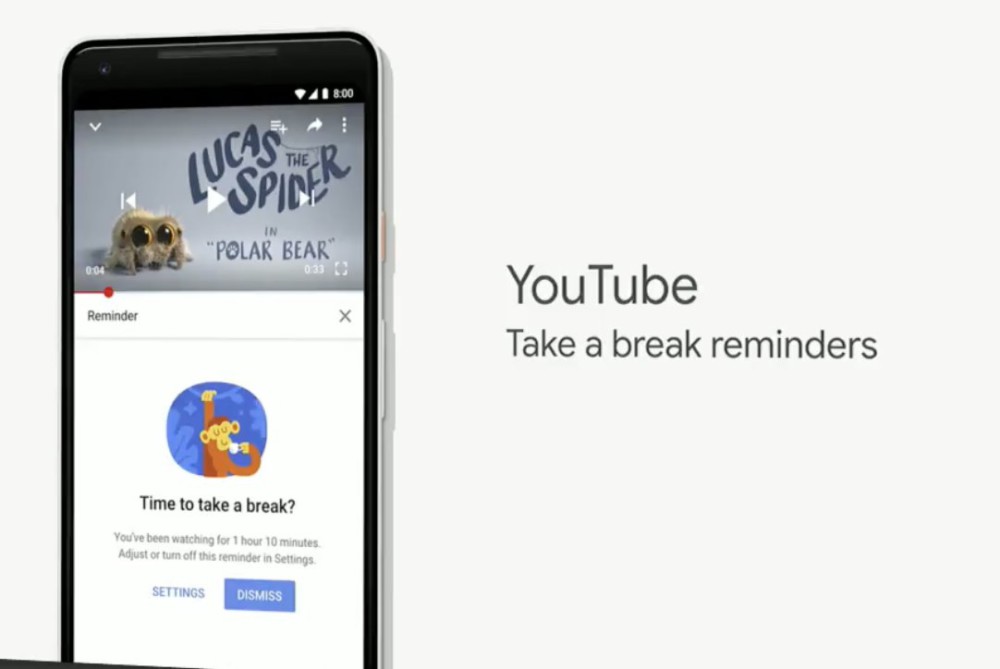 Google has also announced some options for kids. In addition to Family Link’s existing parental controls, the Be Internet Awesome initiative uses games to teach safety directly to children while providing resources and information for parents and educators. As a reminder, the Family Link dashboard provides you with a lot of data on your child’s activity. You can also set sleep periods to limit the use of your Android smartphone or tablet. All in all, Google is taking responsibility, while we wanted to empower Google.