Google itself confirms the design of its Pixel 4. A sort of spontaneous “autoleak” done through his official account @madebygoogle on Twitter. Confirmed the rear photographic compartment with three sensors placed in a square insert.

Well, since there seems to be some interest, here you go! Wait ’til you see what it can do. #Pixel4 pic.twitter.com/RnpTNZXEI1

The youtuber Unbox Therapy has published a video showing the metal models (used to test the precision of the cases by the manufacturers) of the two devices with the same form of the renderings published the other day by OnLeaks. It is still very early to see if the Pixels 4 will actually be like this, but there is an interesting detail- the models are made of metal, so it’s hard to be based on OnLeaks renderings. This would, therefore, be two independent sources, which adds credibility and substance to the leak.

In addition to the information already known and published in the original article, Unbox Therapy adds some details, even if their source is not perfectly clear. On the back there will be at least two cameras and a “spectrum sensor”, and there will be a pronounced upper edge, to make room for the speaker, two front cameras and other components (these could be sensors for 3D face recognition, a function suggested by the Beta 4 of Android Q).. 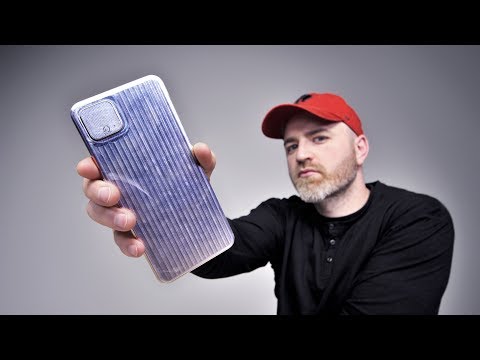 Google Pixel 4 and its XL variant should be presented in the autumn, given that the Mountain View house is used to renew the offer this time of year – after the Pixel 3a and 3a XL, it would be more correct to specify the range offer high. Meanwhile, the next Pixel is the protagonist of the rumors spread by OnLeaks through the Pricebaba site with two rendered images based on the design schemes of one of the first prototypes of the device. Several details could then change with the final version, but one, meanwhile, catches the attention- the rear camera enclosed in a square-shaped element. The images only allow a glimpse of the particular camera that incorporates a solution seen both in devices already on the market – think of the Mate 20 (which features the module in the central part of the body) – and which could become part of the standard gadgets of the iPhone 2019 (module in the upper left corner of the back cover, exactly as in the case of the Google Pixel 4 renderings being discussed). The module is slightly protruding from the body and it is not possible to establish the exact number of objectives, but it is implied that such a constructive solution, if re-proposed in the commercial model, will mark the passage to a multi-chamber solution (no less than two, not to mention three), a new feature for the Pixel range.

Another element that can be deduced from the images concerns the absence of the fingerprint sensor in the back that could be replaced by one positioned below the display or by the release system through face recognition. According to OnLeaks, the position of the ear capsule suggests that the front of the device will continue to be characterized by the presence of the notch. On the lower edge, you can see the USB-C port and two grids (one dedicated to the loudspeaker, the other for a second loudspeaker or the microphone). Headphone jack is missing. The fact that all the considerations are based on renderings that would portray a prototype and certainly does not contribute to reducing the margin of uncertainty on the final aspect of the Pixel 4.

At present, the hypothesis of facing a “clone” of the iPhone 2019 does not make you crazy, especially those who have never appreciated their square cam. There is time to demonstrate with new rumors and rumors if this hypothesis will come true or if what is shown is only a project initially taken into consideration by Google and subsequently abandoned (or a simple groundless rumor).