In addition to the folding smartphone, Samsung plans to also make a folding tablet that seems to be called Galaxy Tab F!

Galaxy Tab F could really be reality and support the smartphone with a folding display that Samsung is trying to produce for years. Yes, because the referrals are no longer able to count, with the technology whipped by a number of openings and closures that may not be sufficient to ensure a long life of such a device.

Notwithstanding that the Samsung signature folding smartphone will arrive next year and a ready-to-trade model could already be brought to Mobile World Congress 2019 or Samsung Developer Conference before the end of the year, technology opens up a new branch of the market that will certainly result in multiple devices and different sizes. One of these could be a tablet called Galaxy Tab F.

All this has not been done in the air, a tablet could actually be built with the same concept of a smartphone with a larger display but, to support this thesis, we have to show you a very interesting South Korean patent.

The images, in the form of drawings, speak for themselves and show an unprecedented terminal that can be used from “open” and “closed – respectively, in the first mode the panel will double about the size while in the second mode will be more restricted but more comfortable. The patent has just been released!

In addition to this, the nature of the flexible display can also make it fold from the other side and close it as if it were a “natural” case already installed. If you notice the huge cornices on the sides of the device is because the motherboard and its components somewhere will have to reside, but this part will be finished in aluminum and/or polycarbonate depending on the versions that Samsung decides to bring to market. 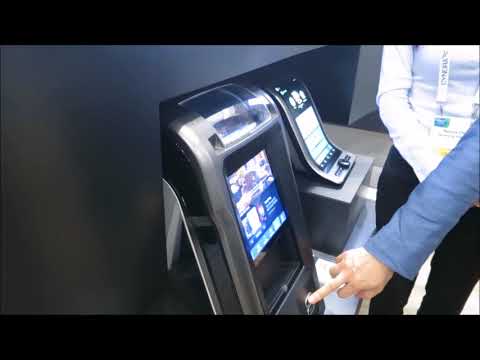 Finally, in this historical context, folding technology is seen as something new and many producers are on the launch pad to produce and market their proposals! One of these is Microsoft that, aware of the fact that the smartphone battle is definitely lost forever, could start again in a new sector where the producers are more or less all on the same level.

We await a first model of a folding tablet in the course of 2019 but we are more inclined to think that the South Korean company wants to evaluate how customers will welcome the arrival of this new and new technology at the beginning of next year with a smartphone that will inaugurate the new family Galaxy F.