Three things in life are certain: death, taxes, and getting a dent in your car or truck. Getting a car Dent is a very irritable experience. If your car looks shiny entirely, and then one day a small dent is placed on it, you may feel that the whole car has been violated. So, it is best to avoid scratches or dents on your car. Even the most careful drivers can’t always account for runaway shopping carts, bikes in some places where there are no lanes for 2 wheeled motors, wrongly thrown footballs, out-of-nowhere light posts, and other real-life annoyances.

But mistakes do happen and dents may find their way to your car before you know it. How can solve the problem when it does occur?

This method should be probably the first you try if the dent is on the bumper because most cars today have plastic bumpers that make them more pliable to releasing dents. Just boil some water and apply it to the surface affected. Your intention for using this method is to push out the dent from the plastic. Once you pour the hot water on the dent, push the car dent out with your hand. It is easier now because the plastic is soft. 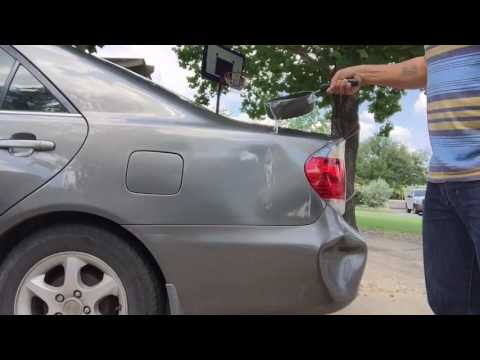 Use Dry Ice to Push Dent Out

In this case, all you need to do is rub the dry ice (iced block) on the area where the dent is. Try to wear something on your hands because you may need to hold the ice a little bit longer while you rub it into the car dent. You may need to repeat the act in order to get the dent completely out. Some people make use of hairdryers first, to heal the damaged area before they apply ice. 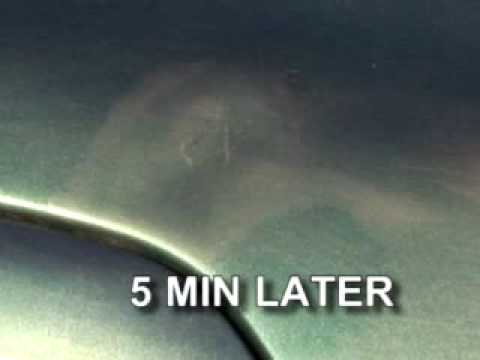 This method is best used on side panels as well as on doors. Your intention should be to lift the dent out of the surface where it is. You need a nozzle or a plunger to get this job done. The kind of plunger you make use of should get proper contact with the surface for it to work. First, wet the nozzle or plunger and also the dent. At first, you need not resort to aggressiveness to remove the dent, slowly apply pressure. 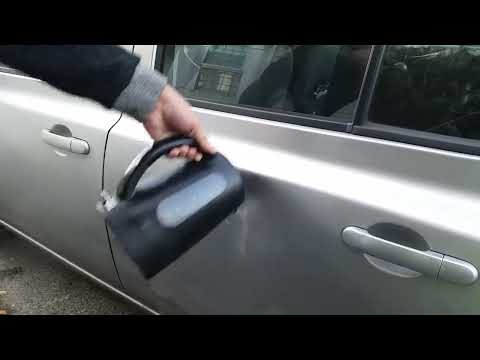 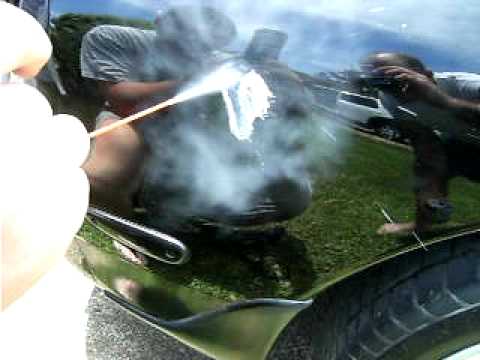 Use hot-glue to fix rods or pegs to the car dent. Make sure you apply the pegs or rods properly in those areas. Let the glue dry first, then pull on the pegs to pull out the dent. If done properly, this method will not remove your car paint at all.

Get a Special Car Dent Remover

There are products that are designed to remove dents from a car. You could try this method first if you’re willing to invest some money in the product. Some of these products are unable to give you the satisfaction you need, so be careful when you buy. When using these products, you don’t need too much force to push out the dents. 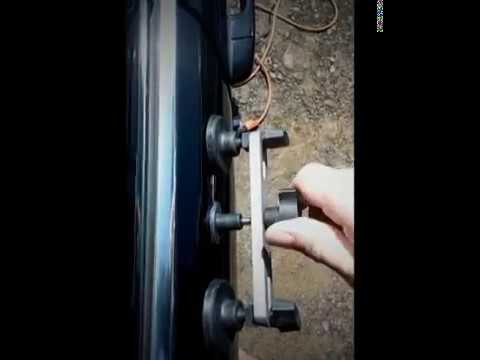 Your intention of using this method is to be able to reach higher and lower areas of the dent. Apply a rubber knockdown on the top side of the dent, while the metal rod is applied to the underside. Apply force on both sides until the dent is out. You may be surprised at what you can accomplish with this method. 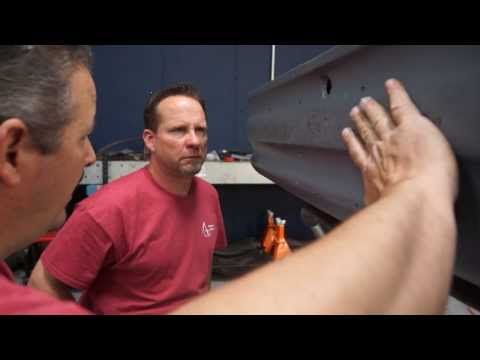 The best you can ever do is to take care of your care yourself when driving in heavy traffic, when parking your car, and when you know that you may not be driving it for some time just cover it with a quality car cover to avoid a car dent.